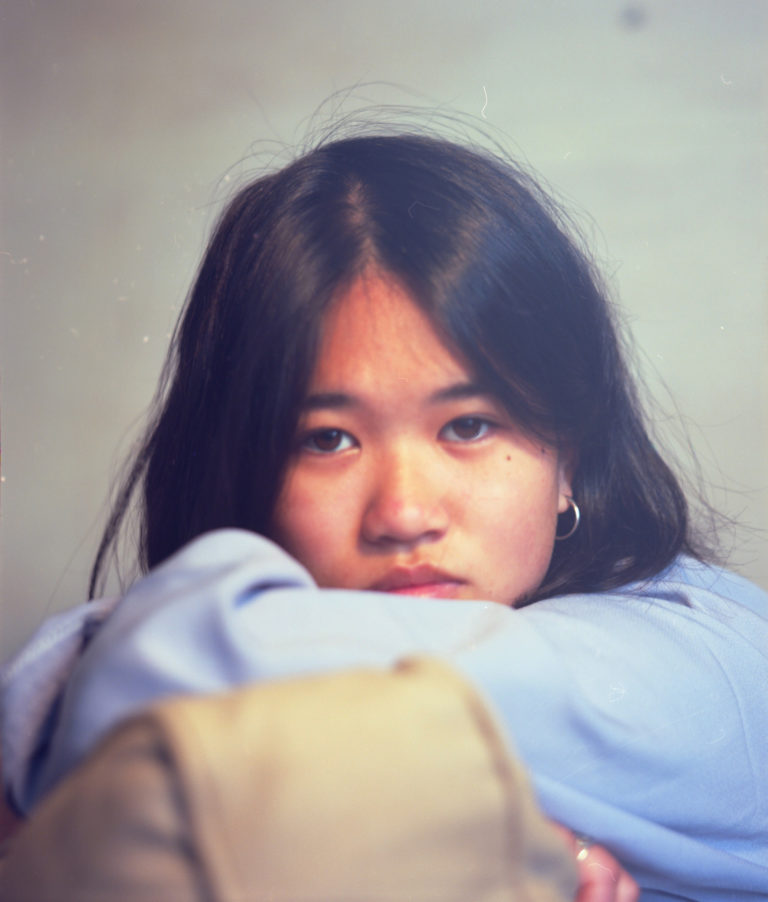 Solitude is not always lonely, nor always so sweet as splendid isolation. More often it hovers between, ambivalent yet beautifully apprehended by Hana Vu on her debut EP How Many Times Have You Driven By. Written and produced by Hana herself, the EP masters the defining balance of bedroom pop: it’s warm, sparse, and whisper-intimate yet at the same time wholly radio-ready. The opening “Crying on the Subway”, set on the purgatorial Metro Red Line between downtown and the valley, is saturated with a mood of L.A. noir, with Hana singing to her reflection: “In my dreams I’m in that grey room. In my chest I’m feeling dark blue. Take the Red Line into downtown. I’m trying to escape you.” It was this song— or rather its accompanying video— that first tripped the sensors of Chris of Luminelle Recordings, a recent offshoot of Fat Possum. The precocious Vu, at only seventeen, had already written music for five years, self-released an album on Soundcloud featuring a collab with Willow Smith, and polished up enough new songs for a gem of an EP, which they eagerly signed, pressed, and called in Clay Jones (Modest Mouse, Sunflower Bean) to master.

Clamoring for creative outlets from an early age, she formed musical projects and played shows, though without fully clicking with her teen peers in the local D.I.Y. brat-pack. “I wouldn’t call myself a curmudgeon, but I found it hard to be friends with other young people. Instead, I found two or three key homies, then just did my own thing— socially and in my music”— partly explaining the ambition and ambiance of How Many Times Have You Driven By. On “Cool”, for instance, Hana drapes a lower-key, soulful melody over beats borrowed from her friend Satchy, who also chimes in for a verse as they tarry with life’s misfortunes. She follows this with “Shallow”, in which her calm twists into agitation and a more recognizably rock instrumentation, all played and recorded by Hana in her bedroom. The EP returns to peace with the dreamy “426”— the address of a summer residence in which Hana discovered a sense of place or belonging— though fleetingly, as her friends disbanded at the season’s end. But, c’est la vie. Solitude, for all its occasional pangs, is for Hana Vu as much a condition of her independence, a little breathing room from the throng to forge her own certain future in music. As she’ll tell you, with poise and fairly pleased with things so far,“I spend most of my time alone.”