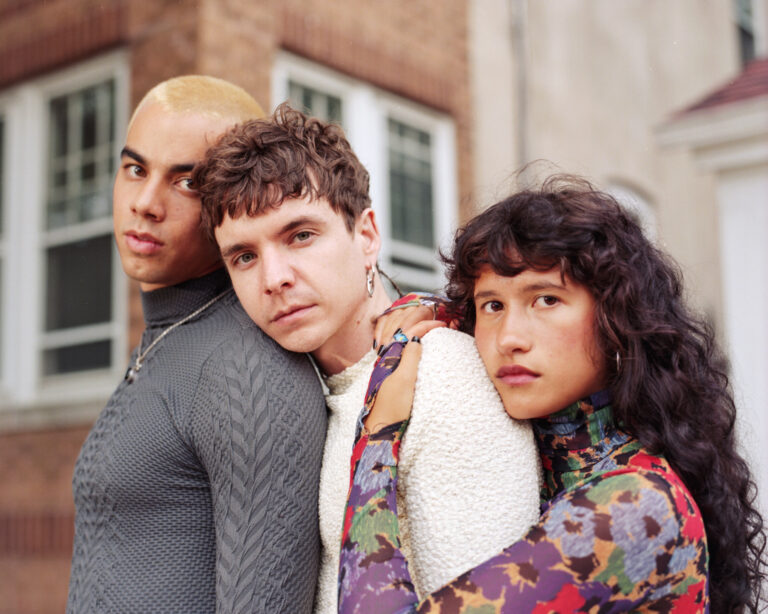 Some groups, like certain friendships, come together as if by fate. Jake Truax (guitar) and Brandon Tong (keys) first met in gym class in the seventh grade of their Denver, Colorado junior high school, and immediately became friends. To pass the hours outside of school, the two spent their time skating and listening to music, their days soundtracked by groups like Frou Frou, The Sounds, and Shiny Toy Guns. As they grew up, they began to experiment making music, though never collaborating together. The two stayed close despite going to different colleges, and when Jake moved to Paris for his undergraduate, Brandon came to visit with the idea of recording some songs as a group. Inspired by many of the acts they had grown up listening to as middle schoolers, the result was a unique amalgam of synthpop, 90s dance music, and indie rock.

Jake first heard Jayanna Roberts (vocals) playing a ukulele and singing in the courtyard of his Paris college, months after Brandon had returned to Denver. The two quickly became friends and collaborators, writing songs together for french class. Jayanna returned to New York the following semester, around the time Brandon moved to Brooklyn permanently. When Jake visited the city to record with him, he suggested they call Jayannna. The trio booked a rehearsal space at a now-demolished warehouse in Greenpoint, Brooklyn, and got to work. Jayanna’s energy and unique vocal tone meshed perfectly with their songs, and they left the second day with a recorded demo of the first official Couch Prints song, “Tell U.”

An immersive synthpop exploration, “Tell U” is the sound of a new group somehow already fully-formed. The song is a remarkable combination of the transient wistfulness of being young, the longing for the past and also a desire for new things to come. After finishing the demo, the group worked with Billy Pavone at his studio in Brooklyn on additional production and mixing, and with Joe LaPorta at Sterling Sound to finish the master. (LaPorta would go on to master the rest of the group’s debut EP as well.)

The response to “Tell U” was far beyond anything the group expected. The song caught the ear of Chris Cantalini from Gorilla Vs. Bear, and found its way onto the Spotify playlists Fresh Finds and Bedroom Pop. Seeing the potential in this new group, Jake moved to New York permanently, and Couch Prints became a reality.

The next single released was “Of Drawing.” Recorded in the group’s new rehearsal space (a shipping container in Bushwick), the group wanted to maintain the high level of quality set by their first single while pushing the sound even further. The result is a song blending a traditional pop structure with contrasting lyrics and maximalist production. “Of Drawing” expresses an intense desire and longing for a person and a time that will never come back.

“We went through hundreds of revisions for ‘Of Drawing,’” says the group. “It began as a demo sung by Brandon, and we just kept editing it and adding effects and moving things around. We really labor over the small details.” The song was re-recorded with Billy Pavone, also providing additional production, and mixing for the song.

The group describes their process as utterly democratic. “We talk about everything in an open and free environment,” says the group. “It was very important to us from the beginning that everyone felt like they had the power to voice their opinions and make decisions.”

The next song to be recorded was “Faces.” The concept for the song came from an experience Brandon had going back to a harmful relationship, capturing the contradiction of hating to love someone and surrendering to a relationship you know to be destructive. The resulting track is mournful but triumphant,
Jayanna’s vocals conveying a sense of regret and hope at the same time. Mixed by Jake Aron (who also mixed “Lost Me” and “Moto X”), it’s one of the strongest and most affecting songs on the EP.

“Faces was an old song Brandon originally wrote,” says Jake. “He hated it, but I saw something there. I gave it to my roommate Nate Rennick, who then took it and remixed it, completely changing the direction of the song. It was a breakthrough. We were like, ‘Now we’re done with everything that has come before.’”

Written and recorded in various cities, states, and countries over a period of two years, Couch Prints’ debut EP stands as a journalistic testament to the early life of the group, both as people and as musicians. The songs span cities and countries, relationships falling apart and new ones coming together, the way the present and past are permanently entangled. It’s a chronicle of a group finding its own identity and pushing the limits of what pop can be, moving easily from quiet ambience to sing-along bliss. The group describes the EP as an attempt to express those feelings that can’t easily be described, for music to function where words alone fail. More than anything, the EP is a celebration of the beauty inherent in even the most mundane aspects of life, Couch Prints’ sonic tribute to the strangeness of being.