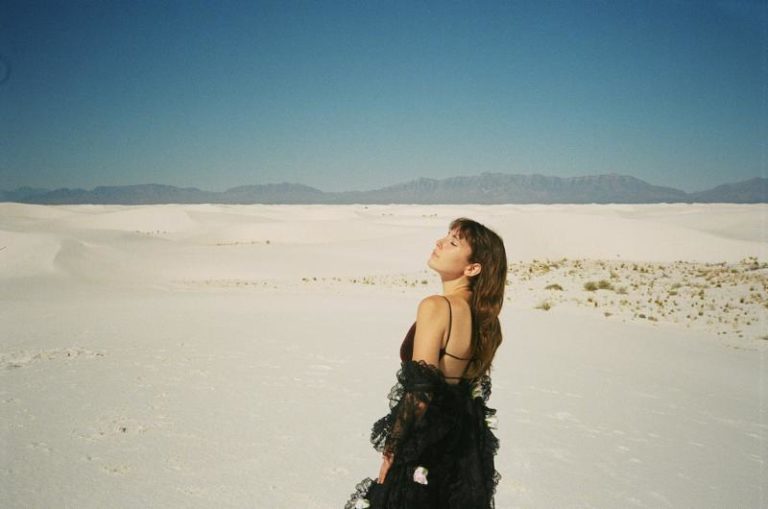 Coming from a Spanish and Canadian heritage, Montreal native, Chloé Soldevila grew up fascinated with visual arts and music which led her to pursue musical training from a very young age. Involved in several musical projects in her earlier years, she wanted to explore different mediums to reach her own specific goals, so she engaged with photography and film production. It’s the photography that inspired her the most at the time and gave her the opportunity to travel with musicians to photograph them. It’s at that time that the idea of her own musical project started brewing. Two years ago, after coming back from a summer spent in Los Angeles, life, love and travels had inspired her to write honest and beautiful pieces as Anemone. She was embracing womanhood, inspired by musicians such as Laetitia Sadier and Trish Keenan. Inspired by 70’s psychedelic music & latin percussion as much as 90’s alternative dance music, synth-pop, krautrock and italo-disco, Anemone creates a unique hypnotic but striking pop with catchy hooks. While being a 5 piece live – With Zachary Irving on guitar & Samuel Gemme on Bass, the project is initially a collaboration between Chloé, Miles Dupire-Gagnon and Gabriel Lambert which Chloé describes as « A way to capture the feeling of driving endlessly on a sunny day with a lover, the feeling of dancing and forgetting about everything while feeling high on life.